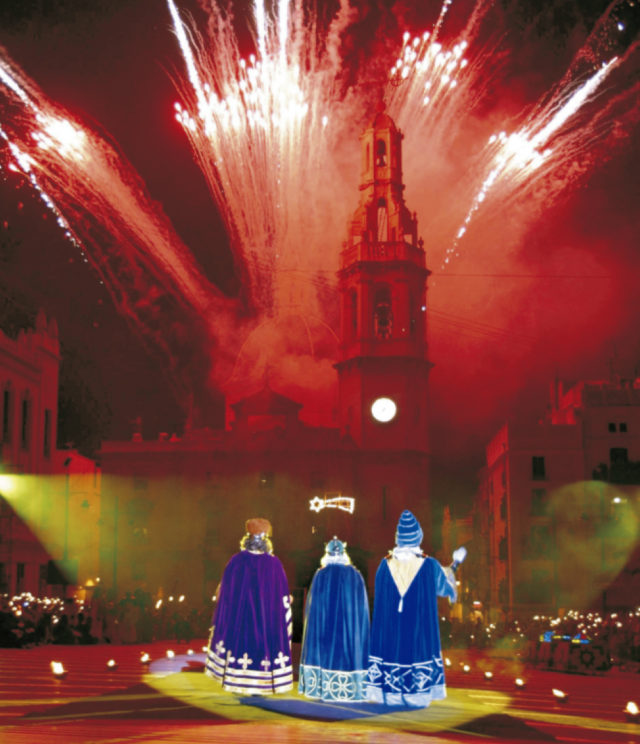 Christmas is a very special time all over the world. These are days to be with family and friends, to enjoy the lights in the streets, the Christmas decoration and the gifts. These are days of illusion, both for children and adults.

In Spain, we celebrate Christmas Eve, Christmas and New Year’s Eve. But for us, it is very special to celebrate the arrival of the Three Wise Men. On the night of January 5, we represent their arrival to Bethlehen with a very special parade called “Cabalgata”.

But, what traditions are there in the villages of Costa Blanca Inland? In this article we show you the most typical ones:

The most magical Christmas is celebrated in Alcoy

Known as “la Ciutat del Nadal”, the “alcoyanos” live this moment with special enthusiasm. The “Cabalgata”, which dates back to 1866, is considered the oldest one in Spain and has been declared a National Tourist Interest Festival. In this parade, highlights that the kings are riding authentic camels and are accompanied by a legion “pages”, who climb to the balconies using red ladders to deliver gifts to the children. 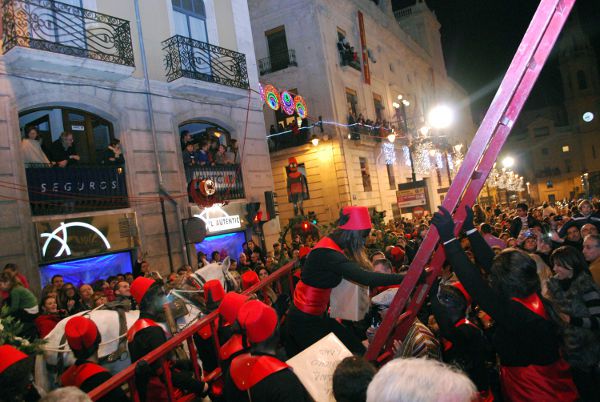 On the morning of January 5, a few hours before the parade, the children make endless queues to visit the Royal Camp, that is installed in the mountains of “Sierra de Mariola”. In this camp, the Three Wise Men prepare the gifts that they will take, that night, to the houses. These are such magical moments, that even adults confuse reality and fiction.

It is also very important the “Betlem del Tirisiti”, a puppet show dating from the 19th century that mixes traditional, Christmas and local elements.

Songs and legends at Ontinyent Christmas

In Ontinyent, besides the typical Christmas traditions, since 1999 they celebrate the “Cant de la Sibil·la” on Christmas Eve. The interpretation of a millenary song that advanced the arrival of Jesus Christ. On the other hand, it is said that on December 31, “l’Home dels Nassos” arrives to Ontinyent to stay and it is a tradition that the children look for him singing traditional songs.

In addition, in the evening of January 4, the Royal Emissary, sent by the Three Wise Men, the famous Jacobo, welcomes, in a massive way, the children of Ontinyent who give him their letters, in the Hermitage of Santa Ana. And, on the 5th, Jacobo arrives to Ontinyent along the coast.

There are other Christmas traditions that cannot be missed, such as the fabulous “Turrón” that is produced in Xixona, a town in Alicante Inland. It carries almonds with honey and is consumed all over Spain. In addition, the towns of Costa Blanca Inland, Onil, Castalla and Biar, are the main Christmas toys producers, as they have the most important toy companies in the country.

If you want to know more about Christmas traditions on Costa Blanca Inland, do not hesitate to contact Carbonell Real Estate. Celebrate the magic of Christmas with us.