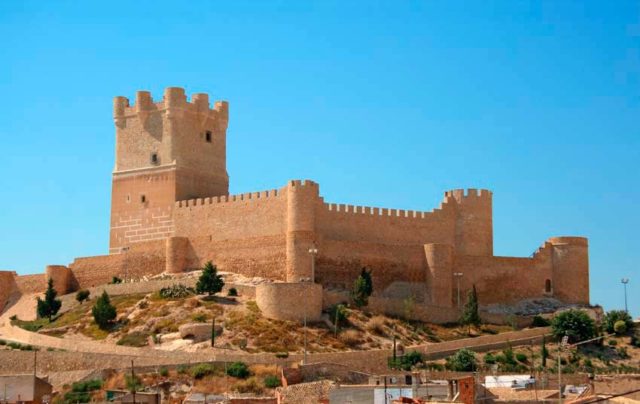 In Costa Blanca, historically, we have always had a lot to defend. And as a result, today we have enormous castles and fortresses of great historical and architectural value. Centuries of struggles, pacts and invaders. Monarchs, Arabs or Visigoths have passed through them, and all have left their legacy.

In this article, we invite you to discover the most amazing castles in Costa Blanca Inland. Fortresses that have lasted over time and that today are national heritage. Castles of Banyeres de Mariola, Biar, Villena, Sax, Castalla and, also Almansa and Xàtiva.

We start the route in Banyeres de Mariola (north of Alcoy). The town is situated on a hill. It is crowned by an impressive 13th Century fortress, at 83m. It’s considered a true exponent of Islamic culture, and highlights its 17m Master Tower, from where you enjoy panoramic views of the valley. In 1949 it was declared a National Monument and, in 2001, an Asset of Cultural Interest and Historical Heritage of Spain. Nowadays, it is completely renovated and, inside, we can find the archaeological Museum and the “Museu de la Festa”. An obligated stop to know the history and traditions of this town. 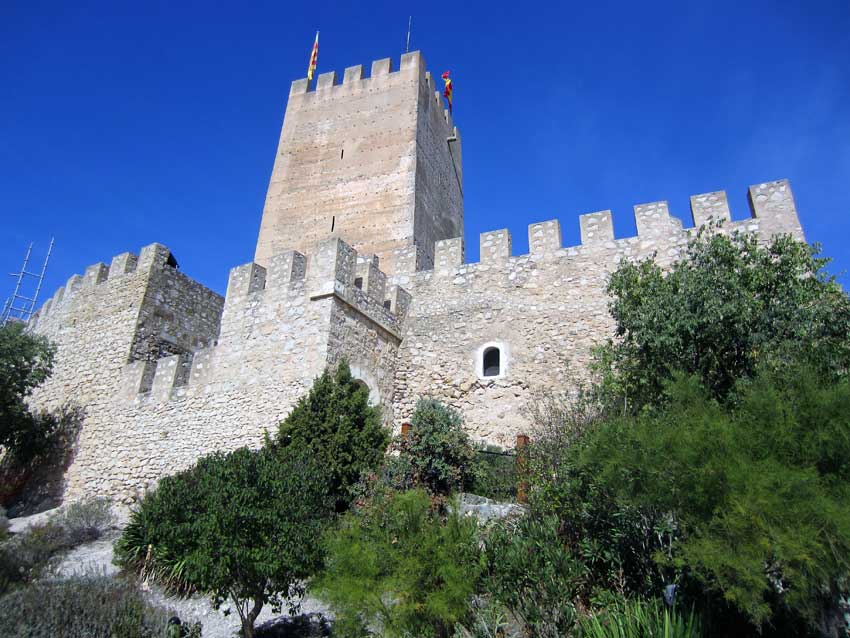 Biar is located at only 17 kilometers east of Banyeres de Mariola. Its castle dates from the 12th Century and has an Arab origin. It rises more than 750m above the level of the sea and was declared a National Monument and Property of Cultural Interest in 1931. The location of the town was strategic from the military and political point of view. The castle played a very important defensive role, being bordered between the Kingdom of Castile and the Kingdom of Aragon. They emphasize its vault, the oldest in Spain, and the Master Tower, of 17m, perfect for taking photographs. 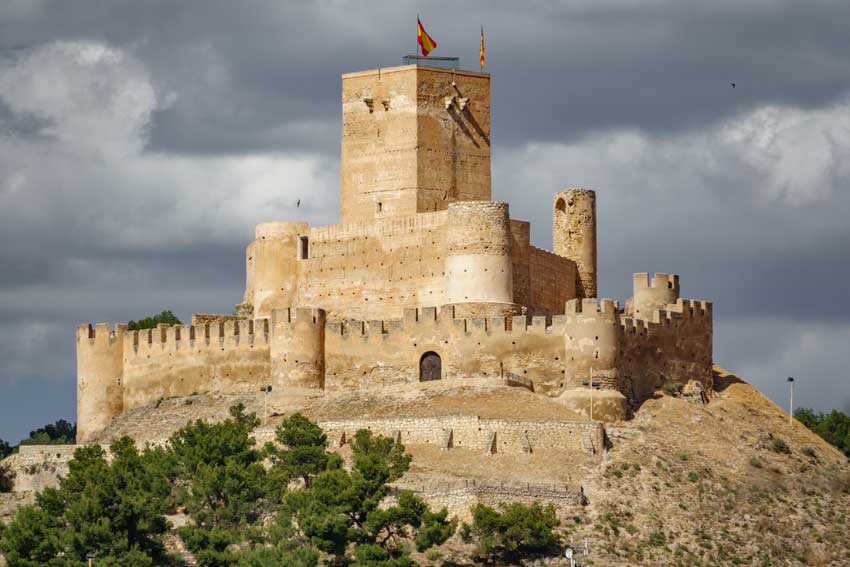 The next stop is the castle of Villena, known as Atalaya castle. It stands on the hill of San Cristóbal and predates the 12th Century. It has Arab origin and its historical value earned it the status of Historical Monument in 1931 and a Site of Cultural Interest. Its strategic location, allowed to exercise a total defense of the territory and the locals. 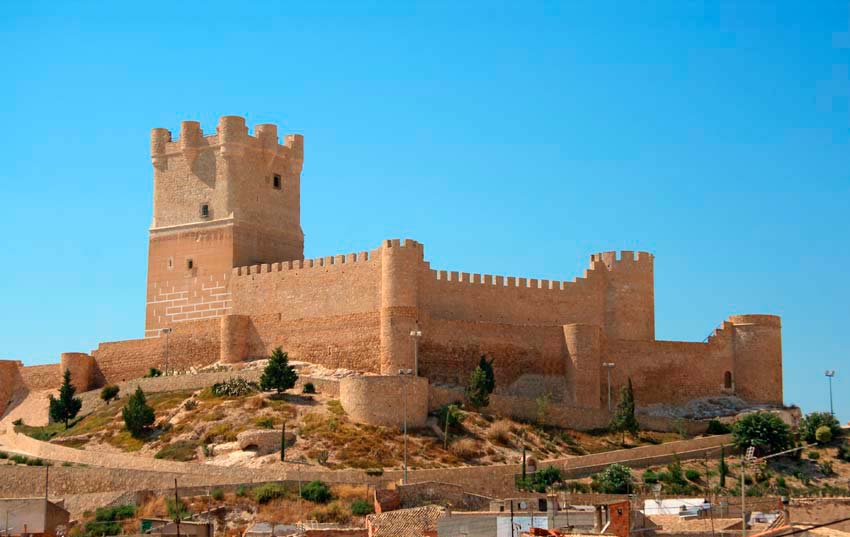 A little more than 10 kilometers from Villena, is the town of Sax. Its castle, built 524 meters from the town, is one of the three great fortresses of “Alto Vinalopó” (along with Villena and Biar). Although its origin is unknown, there are Iberian, Roman and Andalusian indications. Its 20m high Master Tower, built at the beginning of the 15th Century, stands out. The castle of Sax is the main tourist attraction of the town, with routes, excursions, guided and dramatized visits to know its history and to take photographs at high altitude. 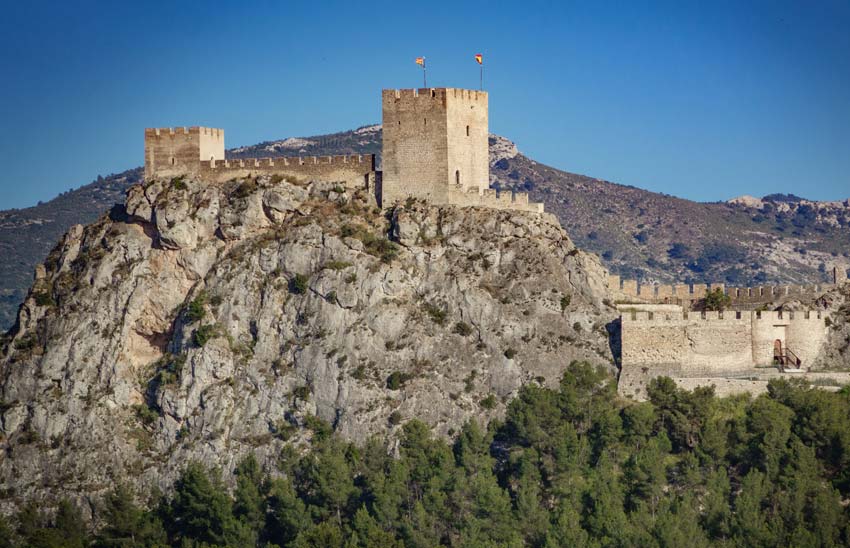 The next stop is the town of Castalla. Its castle is a fortress of Islamic origin, built in the 11th Century. It’s located in 780m above the level of the sea. The hill on which it’s located, was inhabited in prehistory and, also by Iberians and Romans. It consists of a parade, a manor palace and a tower built in medieval times, to monitor the arrival of pirates from the Mediterranean. 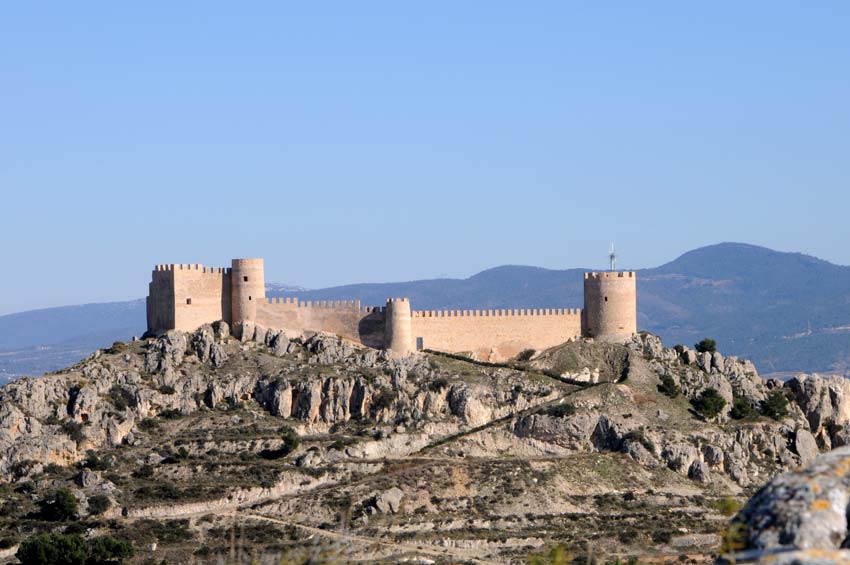 In Xàtiva, in the province of Valencia, we find this spectacular castle. Located in the “Sierra de Vernisa”, it is considered one of the most impressive castles in the Valencian Community. A double Gothic fortress that has been declared a National Monument. Iberians, Romans and Arabs left their legacy in this castle, which is already part of history. The tour of Xátiva passes through this fortress, to learn its secrets. The “Castillo menor” (the oldest) and the “Castillo mayor” (the most recent), as well as the balcony, the prison, the high walls and the different bedrooms that make up the fortress. 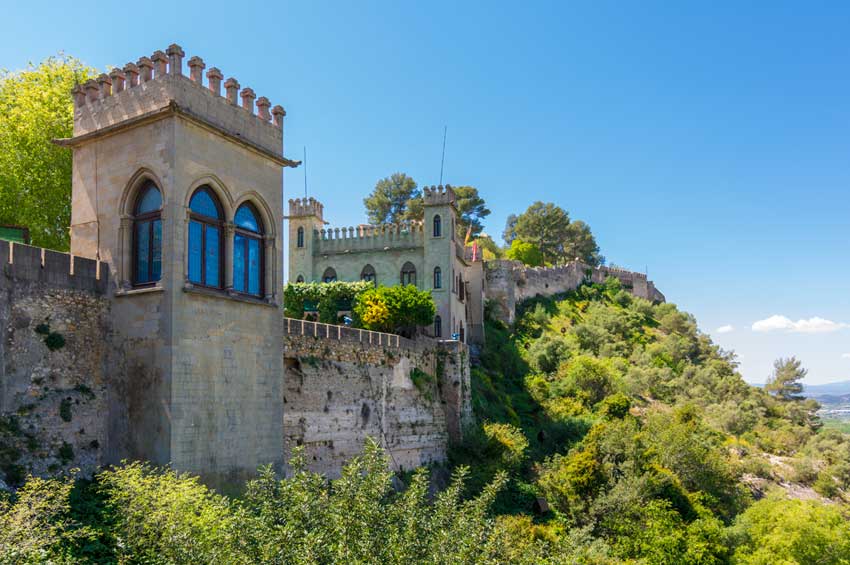 We finish the visit in Almansa, in the province of Albacete. The castle, which rises above the “Cerro del Águila”, is considered the most representative one of the province. It was built in the 14th Century and it has an Arabic origin. At the foot of the castle is celebrated the most important event in Almansa, the Major Festivals, declared in 2008 of National Tourist Interest. The castle of Almansa is an obligated stop to get to know the history of the city. 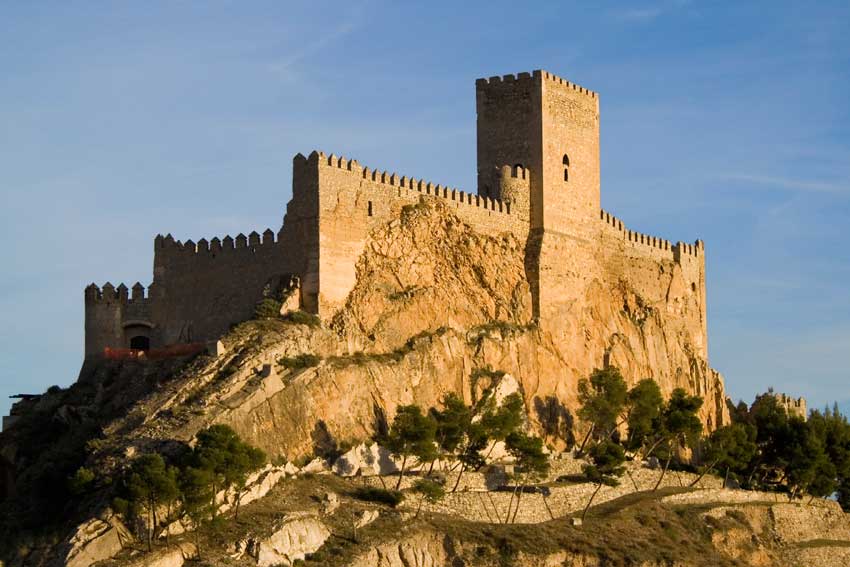 If you are thinking about coming to live in Costa Blanca Inland, you have a lot to discover. In Carbonell Real Estate we do not only look for your perfect villa, we will also tell you about all the advantages of living in this area. One of them, is the possibility of visiting tourist places of great historical value, in a natural environment full of spectacular landscapes.